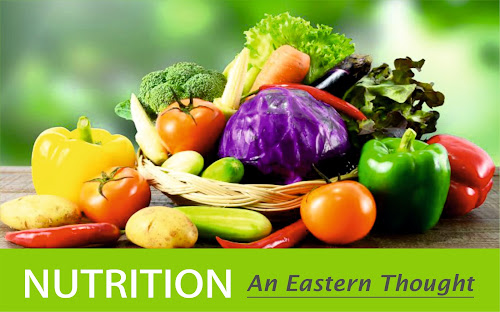 Nutrition is one of the 5 branches of Oriental Medicine which all share the same underlying theories, but the starting place is always nutrition. In many cases, diet is the CAUSE of imbalance, and treatment cannot be successful without dietary change.

Sin Simiao, a famous TCM Doctor, said “When a person is sick the doctor should first regulate the person’s diet and lifestyle”.

Although this has been re-iterated by many in the West over the centuries, this information has been largely ignored until relatively recent times. Hippocrates, ‘The Father of Western Medicine’ wrote “Let food be thy medicine and medicine be thy food”, and later, Thomas A. Edison (1847 – 1931) said “The doctor of the future will give no medicine but will interest his patients in diet and nutrition, exercise and the care of the human frame. He will teach them about the cause of all disease.”

In Western nutrition, food is described as containing certain amounts of protein, fat, minerals, vitamins, etc. This information is obtained in a laboratory by analyzing foods, separating them into the component parts and constituents. The nutritional value of a food is a statement of its chemical compounds before they enter the body. This, actually may not tell you food’s effect, after it is metabolized and used by the body.

As per the Eastern Thought, the food is classified on the parameters (properties) viz. temperature, flavor, and the movement of food. This information has been obtained by observing the behavior of the body after food has been eaten. The nutritional value of a food is stated as a set of energetic properties that describe the actions a food has in the human body.

Surprised…. Let us have a look at it.

The most important category is the energetic temperature of food. According to Oriental medicine, food may be hot, warm, neutral, cool, or cold in quality. For example, chestnut, nutmeg, chicken, and onions are warming to the body. Barley, mung bean, and lettuce are cooling. This does not mean it is a measure of how hot or cold a food is in actual temperature in the environment such as being refrigerated or in the oven, or room temperature. The temperature of a food in Eastern thinking is a measure of its effect on the body after it is digested. Simply speaking, does it warm-up or cool down our body? Knowledge of the temperatures of foods is intrinsic to all traditional cooking. The temperature of the food will also be influenced by the cooking method, as well.

It is important to know about the temperature of food because it acts upon the human body in different ways and affects our state of health. If a person suffers from cold rheumatism and the pain is particularly severe on a cold winter day, eating foods with warm or hot energy shall relieve the pain considerably. Or if a person suffers from skin eruptions that worsen when exposed to heat, it is beneficial to eat foods with cold or cool energy to relieve the symptoms.

The flavor is important, especially if you want to enjoy your food! But can use different flavors also have health benefits? Many ancient traditions and philosophies say “YES.”

Another important aspect of traditional Eastern nutrition and cooking is the flavor of food. There are five basic flavors: salty, sour, bitter, sweet, pungent.

You may ask if I crave a certain food does that mean it is good for me? The real answer is yes and no. When a person is out of balance they develop a craving to correct that imbalance. The craving is accurate in the sense that it tells us that our organs are out of balance, and the craving is a message that stimulates us to rebalance ourselves. However, in our culture we many times quickly give ourselves such a large dose of the remedial flavor that we overwhelm the internal organs and the opposite desired effect is created. A moderate quantity of one flavor benefits its related organ, too much of that flavor will overwhelm and damage it. For example, a little salt benefits the kidneys, but too much will inhibit its action.

This is based on the theory of “Five Elements”. The five main flavors and their affinities to the five elements and to certain internal organs in the human body are as follows:

The flavors of food can be said to carry the action of food to a particular organ in the body, as well.

The sour flavor stimulates contraction and absorption. It is astringent in quality and is therefore used for leaking and sagging conditions involving loss of body fluids such as sweating, diarrhea, and hemorrhage. It counteracts the effects of fatty food. Sour foods can activate the blood and eliminate stagnation.

The bitter flavor drains and dries. It will improve the appetite, stimulate digestion, and draw out dampness and heat. It is used in conditions of cold or deficiency. It acts mostly on the heart but also benefits the upper respiratory tract.

The sweet flavor is the most common and all foods contain sweetness to a certain degree. The sweet flavor harmonizes all other flavors and forms the center of our diet; mildly stimulate the circulation and nourishes the body. Sweet foods are moistening. In excess, the sweet flavor leads to the formation of phlegm and often heat.

The pungent flavor disperses stagnation and promotes the circulation of energy and blood in the body. It stimulates digestion and helps break through mucus. In excess, the pungent flavor will over-stimulate and exhaust Qi and blood.

The salty flavor moves inward and downward, drawing the action of food towards the center and root of the body. Actions of the salty flavor are: it moistens, softens, detoxifies, counteracting the hardening of muscles and glands. It regulates the moisture balance in the body, stimulates digestive function, and improves concentration. The salty flavor helps drain excess moisture and also re-moisturizes the body in conditions of dehydration. A little salt improves the quality of the blood, but in excess, the salty flavor can stagnate the blood and stress the heart.

A balanced diet includes the use of all flavors, with the sweet flavor occupying a central position. We can increase or decrease our intake of a particular flavor according to our needs. Some foods also have a specific therapeutic action.

The movements of foods

Food acts on the body through specialized movements. Depending on the properties of food, food moves in different regions within the body and can drive qi (vital energy) in the same direction as well.

As per the TCM theory, one of the reasons for that disease is when any of the external or exogenous evils (pathogen) exert too much influence on our body. In such cases, foods that have specialized movements can be used to counter these evils. For example, when a person suffers from mild flu (which caused by exogenous wind invasion), foods with a floating action such as green onion and fresh ginger can expel the evils out of the body. The movements of food are lifting, floating, lowering, sinking, glossy (sliding) and astringent.

Action: To move from the lower region towards the upper region

Effect: The upward movements arrest diarrhea and hold internal organs in their proper places (to prevent them prolapse or sinking)

Action: To move from the upper region towards the lower region

Action: To move from inside towards outside

Action: To move from outside towards inside

Action: To facilitate movement by acting as a lubricant

Action: To slow down the movement

The movements of foods can be changed through certain methods of cooking.

A food may either supplement a particular bodily substance or function or it may reduce the influence of a pathological condition. It is important to know much more about the Eastern way of viewing nature and food, which is based on the theory of Yin and Yang.

Stay tuned and read more in our upcoming articles.